Looking Back on the Past – Part 22

History of The Wanderers Club (22)

A TRIP DOWN MEMORY LANE – Looking Back on the Past

Some interesting facts from home and abroad:

The scene at the Wanderers Club after the festive season could hardly be described as jolly although goodwill resounded at the routine wining, dining and dancing sessions in the clubhouse on Christmas Day and New Year’s Eve.

Never had our dear and once-popular country been so out of sorts with itself and so at odds with the rest of the world.   No other nation, it would seem, was burdened with quite the same package: racial politics; a contrast of First and Third World elements and the attendant complications; and a daunting long-term task to uplift and educate the vast masses.

Although South Africa was instituting measures to reform its political and social structures, it was receiving very little understanding and credit whereas the criticism was still abounding.  Sanctions, boycotts and isolation had made their point about the inhumanity of apartheid, but continued and intensified single-mindedness was not helpful in furthering a solution.

So, at the beginning of the last year of the stressful ‘80s, South African sport was still languishing in the wilderness to which it had been banished two decades ago and, if it was not already withering as a result, it remained dismayed, dispirited and disgusted.  Sparsely filled stands at major venues for many big events indicated a waning of public support and seldom were abundant crowds of spectators seen.  A shortage of both glamour and cash had reduced fans to following the careers of their idols through the media and in the comfort of their own homes in front of their television sets, with the roar of crowds from a packed stadium a fond distant memory.  Rewards in professional sport kept getting bigger and prize money in excess of millions was commonplace.  Club sport on the other hand had little or no control over which direction it was headed and just drifted along as it always had.  Many clubs were looking for sponsors during these difficult times but a club’s best asset had always been its members.

Most club committees found themselves battling long and hard to cope with the task of keeping their clubs from sinking into the red and agendas were never anything but pressing labour and maintenance issues.

It was being predicted by many that post-apartheid South Africa would need to adapt to a lowering of cultural, social, and economic standards and, although unpleasant to imagine, it seemed inevitable.

It’s a Question of Honour –

Honours Awards and member distinctions, besides satisfying egos in certain types and now and then raising criticism and resentment among others, they do help to build up tradition and serve to remind current members of the Club’s status and history.  At the Wanderers Club, members of the parent committee and sub-club committees have over the years shown themselves to be reasonably aware of the art and grace required for honouring members who have brought recognition to the Club’s name and reputation.   Unfortunately, this had not always been the case and at the 1950 AGM Mr Victor Kent had this to say about recognition:

“I cannot help deploring the lack of tradition in this club in another direction and that is the almost total lack of memorials of the founders, great players and workers for the club since its inception.  In all other clubs of any standing there are reminders of what the present members owe to the past members.  What do we have in this club apart from a few photographs?  We have had a wonderful, I think almost unique, all-round collection of sportsmen and women and workers in this club and we have nothing to show for it. Most of them today are nothing but names to the present generation and it is high time that this was rectified”.

The most common form of merit award at the Wanderers was the presentation of honours ties to men and honours brooches to women and these procedures were handled by the standing honours sub-committee. 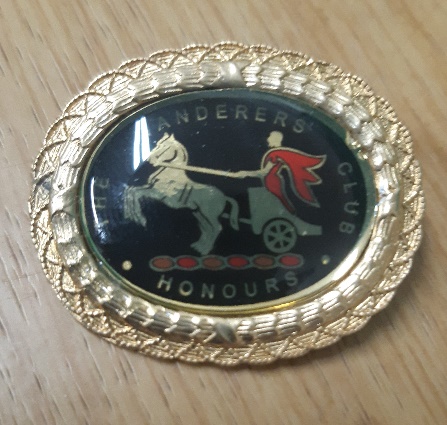 To qualify for an honours award a recipient should have had at least five years’ membership of the club, be currently active in the club, and should have shown outstanding qualities in playing ability and administration.  The recommendation would then be required to be signed by five current honours holders and accompanied by a detailed citation.

Honours awards have been in existence since the ‘30s but it was only after the Second World War that the rules and procedures were tightened.

The member being honoured would be kept in the dark about the award to avoid any possible embarrassment should the application be turned down by the honours sub-committee or the parent committee, who had the final say.

A record of awards was maintained by the honours sub-committee and these records ran into several hundreds of names.

Another highly-regarded honour in the Wanderers Club in former years was that of Patron. This class of membership was once provided for in the Club’s constitution but was allowed to fade out in 1983. A patron is described in the dictionary as “one who countenances, protects, or gives influential (financial) support”.

In the Club’s earliest years there was good cause to have some wealthy patrons around but it seemed that not all patrons were necessarily rich or were expected to be sources of material assistance.  Even today the need for such material assistance persists due to spiralling costs and inflation, hence most clubs find themselves on a ceaseless quest to secure sponsorships in one form or another.

Honorary membership on the other hand has very little or nothing to do with the granting of honours to deserving members and was designed to assist existing and prospective members in specific circumstances.   Various civic dignitaries and important office holders in sport may also be granted this courtesy.  Honorary membership can also have charitable connotations and requests of this nature were dealt with by the screening committee of the parent committee.

At the 1989 AGM the then Chairman, ‘Judge’ Jury, announced that membership figures as of February 28, 1989, totalled 11 916.  There had been an apparent fall-off in junior members and this was attributed to the fact that Wanderers projected a sombre image which discouraged youngsters from wishing to be associated with such an old-fashioned and conventional club.  The fact was that young people were being attracted to jogging, cycling and leisure gyms that offered aerobics and other forms of keep-fit activities without them having to purchase an expensive kit to play sports such as tennis, cricket or hockey.

These days, however, with the introduction of many sports available to juniors, they are back with a vengeance and their numbers now far outweigh their senior counterparts.

A few examples of some of the sports available to junior members at the Wanderers Club today are soccer, gymnastics, basketball, karate, cricket, tennis and hockey. 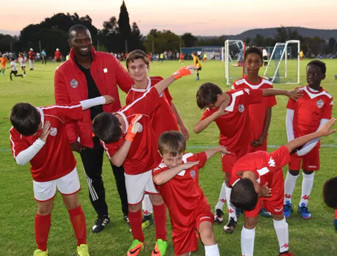 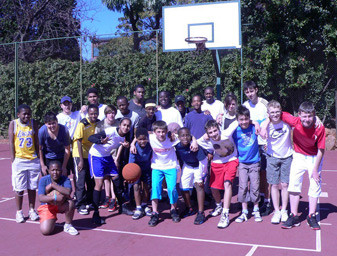 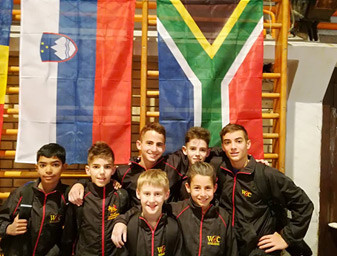 It was only a few weeks away from the threshold of the 1990s and the Club was bracing itself for yet another round of Christmas and New Year festivities.   It was not only the end of another year but the end of another decade and this was a grim reminder that it had now been almost a quarter of a century since sporting relationships with the outside world had started to sour and that more than a generation of South African sportsmen and women had been denied the satisfaction of representing their country in any form of international sport.

Club sport however still held a fascination for those members who were not influenced by the glamour of grossly overpaid sports stars but simply took delight in the fellowship and competitive rivalry that it had to offer.

Fortunately, the Wanderers Club, by virtue of its size, amenities and organisation, together with its long and distinguished history, was still a stronghold of club sport, but it would need the spontaneous and determined devotion and support of its members to remain like that into the next decade.

Page load link
We use cookies on our website to give you the most relevant experience by remembering your preferences and repeat visits. By clicking “Accept All”, you consent to the use of ALL the cookies. However, you may visit "Cookie Settings" to provide a controlled consent.
Cookie SettingsAccept AllRead More
Manage consent

This website uses cookies to improve your experience while you navigate through the website. Out of these, the cookies that are categorized as necessary are stored on your browser as they are essential for the working of basic functionalities of the website. We also use third-party cookies that help us analyze and understand how you use this website. These cookies will be stored in your browser only with your consent. You also have the option to opt-out of these cookies. But opting out of some of these cookies may affect your browsing experience.
Necessary Always Enabled
Necessary cookies are absolutely essential for the website to function properly. These cookies ensure basic functionalities and security features of the website, anonymously.
Functional
Functional cookies help to perform certain functionalities like sharing the content of the website on social media platforms, collect feedbacks, and other third-party features.
Performance
Performance cookies are used to understand and analyze the key performance indexes of the website which helps in delivering a better user experience for the visitors.
Analytics
Analytical cookies are used to understand how visitors interact with the website. These cookies help provide information on metrics the number of visitors, bounce rate, traffic source, etc.
Advertisement
Advertisement cookies are used to provide visitors with relevant ads and marketing campaigns. These cookies track visitors across websites and collect information to provide customized ads.
Others
Other uncategorized cookies are those that are being analyzed and have not been classified into a category as yet.
SAVE & ACCEPT